The Jungle Book (2016), catchy something something. Spoilers? Is that necessary on a movie review of a remake of a movie that came out 49 years ago?

I grew up hitting rewind on my VCR to watch the 1967 version of Disney’s the Jungle Book over and over. That being said, I realized as I was watching the 2016 version of Disney’s the Jungle Book, I don’t remember it all that well. The parts I remember are the jokes and the songs. Apparently, the story-line didn’t stick so well. This live-action version has fewer jokes and songs and a bit more exposition (I think. I’m pretty sure I just said I didn’t remember).

disney films tends to blur together

My first gut reaction to this story-line as an adult is a big of a mixed bag. I read there were some changes to the story from the 67’ animated version, but I’m not positive what they were. It is possible the plot-problems I have with this version might be exactly the same as the old version.

The primary conflict in the story is about Mowgli trying to escape Shere Kahn, a terrifying tiger who wants him dead. A secondary conflict seems to be about Mowgli’s place in the world–a man living in the jungle. Originally, his human resourcefulness (making and using tools) makes him a bit of a pariah with the wolves. Later, Baloo takes advantage of his human-tendencies to harvest some honey. (Oh BOTHER) King Louis covets Mowgli’s presumed ability to use and control fire, a quality the jungle population associates with men. Later, when he seizes a torch from the man-village to defeat Shere Kahn, he inadvertently starts a dangerous fire in the jungle. Then, he abandons his use of the torch fire, and uses some combination of jungle smarts, jungle fire, and tools to ultimately defeat Shere Kahn. I have no idea what lesson to take from that. Be yourself, but not too much, but yea really in the end? I got nothing. Maybe if the fire hadn’t saved him from Shere Kahn in the end I would have felt that the message was about avoiding dangerous and uncontrollable things (like wolves and bears?), but the fire ended up being a sort of anti-hero. I don’t know man. It is a kids’ movie. Should I have to think so hard about this?

Neel Sethi gave, in my opinion, a pretty solid performance for a child actor working alongside non-existent bears and panthers. The rest of the cast was obviously amazing. The voice acting of Ben Kingsley, Idris Elba, Lupita Nyong’o, Billy Murray, Scarlett Johansson, and Christopher Walken left nothing to be desired.

As an adult, I was completely engaged with the movie from beginning to get. It was beautiful. It was funny. It was exciting. It certainly held my attention for a two hours. It held the addition of my friend’s 8 year old for a two hours, but her three year old, not so much.

I think that tends to be the problem with live-action children’s movies. As a child, when I enjoyed a movie or show, I devoured it constantly. My brother who is 9 years younger was exactly the same way. I didn’t just watch The Jungle Book (1967), I marathoned that shit on repeat for three weeks before doing the same with 101 Dalmatians. That’s what you do when you like something as a child. You LIVE IT, while your parents bleed from their ears because they just can’t listen to Hakuna Matata ONE MORE TIME, KATIE. So, this version of The Jungle Book, while very well done, will probably never compete with the 1967 version as staple of childhood. I just don’t think kids will watch a 2 hour live-action movie over and over again. That isn’t really the movie’s fault. I think children have a special connection with animation. While the life-like CGI of The Jungle Book impresses adults, I suspect it doesn’t hold the same sort of wonder as less realistic animation does for children. 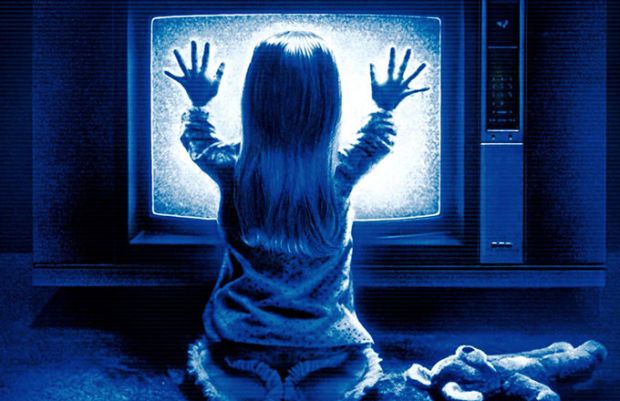 One aspect of the movie that might help kids with The Jungle Book 2016 is that there are still some musical numbers. Mowgli and Baloo sing the Bear Necessities. King Louis sings a version of Be Like You, but the words are a little different. The lyrics of Trust in Me become part of Kaa’s dialog. I don’t count that as a musical number, but I enjoyed the fact that is was included. I’m curious to see if these fleeting musical numbers help kids connect more with this movie. I enjoyed them, but more because of the nostalgia factor. Had I not been silently hoping for the songs to appear, they may have seemed out of place.

The biggest disappointment for me was the almost complete lack of Kaa. If I’m remembering correctly, the initial teaser for this movie was just some shots of the jungle and Kaa’s dialog. I didn’t watch the trailer online, so I actually didn’t know what it was at first. You just hear a distorted sounding Scarlet Johannson’s voice speaking, and then you start to recognize the dialog from the 1967 movie. It was beautiful and creepy and exciting. Despite the awesomeness of all the movie promotion involving Kaa’s character, I hope you didn’t want to see any more of it. The scene (yea… one scene) with Kaa is little longer than what you see in the trailers, and the only impact it had on the plot was to put Mowlgi in a position to be rescued by Baloo. Since Mowgli is a small child in a jungle, it seems like there was an infinite number of scenarios that might require Baloo to rescue Mowgli. Relegating one of the most badass characters from these movies to a 2 minute distraction from the overall plot seemed a disservice and left me feeling more than a little disappointed.

I was going to write a paragraph here about the best thing from the movie, but I can’t decide. Split it three ways between Idris Elba/Shere Khan being perfectly terrifying, Bill Murray/Baloo being hilarious and endearing, and Neel Sethi/Mowgli being all around pretty awesome from beginning to end. I’d recommend it. It was beautiful on the big screen. I didn’t see it in 3d, but it was the type of movie where the 3d could actually enhance the experience because of the beauty of the effects.

If you do see it in a theater, don’t sit next to a kid with light-up shoes.