We just finished watching Daredevil season 2.  You haven’t yet? Learn how to Netflix, noob.

By now you’ve heard of the redemption hit Daredevil on Netflix. I say redemption because of the horrible Ben Affleck movie that came out a few years back.  Netflix and Marvel took the story and made it truly captivating.  The story arc for Season 1 is a slow burner, but that helps generate depth of character for everyone involved. By the end of the season I was so invested in everything going on, I was actually disappointed in the season finale when Matt Murdock finally becomes the Devil.  That was the low point for me.

It is no surprise then that I was anticipating Season 2 very much. And I wasn’t alone. Daredevil 2 was going to be darker, grittier, and more bad-ass than anything the MCU could pull off on the big screen.  Thankfully, Marvel and Netflix gave us Jessica Jones.  Because it was also set in Hells Kitchen, Jessica Jones could have been considered a 1.5 to Daredevil, but realistically and with the edition of a Luke Cage spin off show, the “Defenders” shows are becoming the Hell’s Kitchen Chronicles. And I’m ok with that.

Daredevil is still the strongest show of the bunch though, and Season 2’s opener lets you know right of the bat.  And then, it falls apart.

Episodic TV is a problem.  Obviously you want to your show to last as long as possible, but to do that you thin out your story. I’m a big believer in quality of quantity.  Tell a good story and let it end. Let the viewer decide what happens next, if anything.  Dragging a show on for season after season only cheapens your story.  You can see the death throws when writers start to either pander to or become themselves fan fiction writers.  It happens in every popular show, from Supernatural to Doctor Who, and for extreme cases you can see it in soap operas. 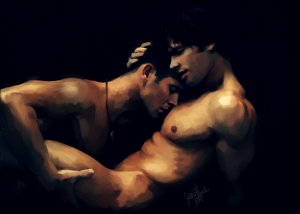 Daredevil should not have this problem.  This is Season 2 for Christ’s sake.  But here we go.  Remember all the characters from Daredevil Season 1?  They’re back.  Along with a whole new cast of people.  Thats what the 2 in Season 2 stands for.  Twice the action, twice the amount of hallway one cut fight scenes, twice the cast, twice the ADHD. Same amount of episodes as Season 1.  What does that add up to?

You get half the story arc that you do in the first season.  You care half as much about the people and are confused most of the time.

Season 2 should have stuck to the formula of Season 1, and kept us on a roller coaster ride with the Punisher.  Frank Castle, nick named the Punisher by the press, is amazing in every way.  He is a  bad ass who becomes a vigilante after his family is murdered.  Punisher wants justice by killing all the bad guys because even the worst get out of jail.  He is slow and methodical.  He is calm and quiet in his rage.  He is everything you want in a challenger to Daredevil. 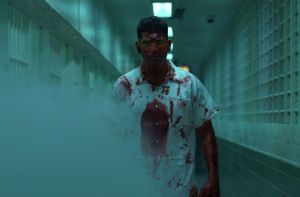 Punisher splits the town not just with bullets, but with moral issues.  They take a cue from Boondock Saints and ask the moral questions, A) is Vigilante justice ok? and B) should criminals be killed.  The show does a good job of asking both, first when Daredevil is captured by Punisher.  Chained up and with a gun attached to his hand, he is given the “impossible choice” to kill Punisher before he kills Grotto, or to stick with his motto of no killing and allow the Punisher to finish his mission.

On a grander scale, once Punisher gets caught, the “trial of the century” is built upon the premise that vigilantes shouldn’t be allowed to roam the streets at all.  But even the attorneys involved can’t find a single person for the jury who is not biased one way or the other.

This is entirety of what Season 2 should have been about.  Instead, the writers try to layer, I suppose, and what happens is both fan fic pandering and a loss of depth.  Those moral questions I mentioned earlier? Never get more than a few minutes screen time tops.  The people are morally split for about 5 minutes, then its on to the next thing. During the Punisher arc, we learn that Matt and Karen are flirty and dating sorta, even though last season Karen and Foggy were flirty and dating.  Foggy is cool with it though, for whatever reason.  Daredevil has now had a relationship with every main character who is female.  Because why not. 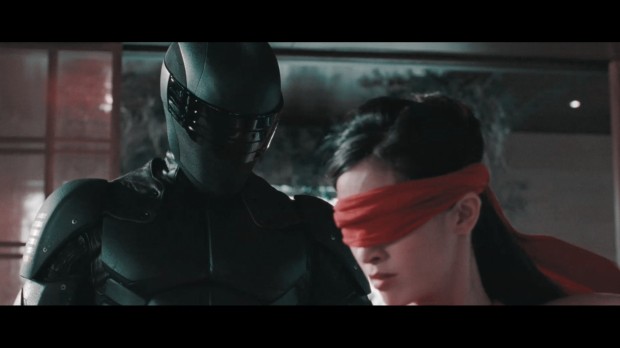 here is Elektra being trained by…hey wait a minute…

The second major side plot is about the DA, Reyes, who is the toughest chick around and will steam roll your law firm into oblivion.  Which never ever remotely happens. She makes a few legal threats, which Foggy instantly shuts down.  At the Punisher’s hospital visit she makes more threats, but this time Foggy AND Matt tag team them into oblivion (watch how many cuts back to Karen’s face you get in this scene, my fiancé and I both yelled SPLOOSH each time).  Finally they get to the trial, and Foggy, with ZERO DEFENSE and ZERO CONFIDENCE, absolutely mops the floor with Reyes.  The next time you see her, shes begging for help.   There is never any reason given to fear her, other than all the other people saying “OOOO WATCH OUT FOR REYES SHES A TOUGH BITCH”.  Clearly, these people never met her.

Around Episode 7 (of thirteen, remember)  we are given a flashback about the time college Matt and Foggy snuck into a faculty party to eat caviar out of a bowl…for reasons.  Matt meets Elecktra who cliché insults the hell out of him.  “I can tell by your shoes that you snuck into this party to eat caviar out of a bowl instead of drinking PBR and playing video games in your dorm room”. She smirks.  Forgetting that he’s blind and probably doesn’t play video games. But Matt is smitten and together they steal a car and go on a life of crime.  I guess Matt never got to be an angsty teenager.  Oh thats right, he was trained to be an assassin by a crazy old guy his whole life, so by the time this happens he isn’t naive and angsty anymore.  But whatever, women drive you to do crazy things.  I get it. 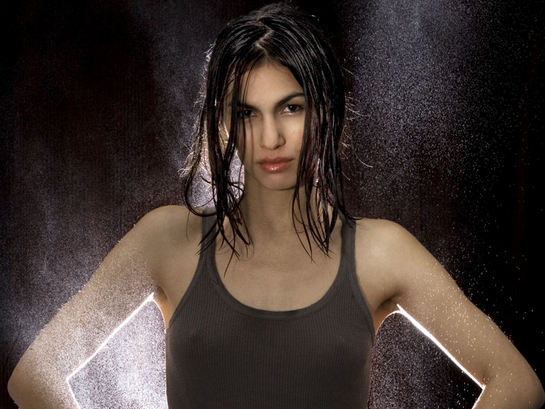 Oh the law firm, central to the show?  Well Foggy and Matt did such a bad job with the Punisher trial, they had to close down.  Except that Foggy did such a good job that hes offered a NAMED PARTNER spot at that one law firm from Jessica Jones.  He obviously ditches Karen, whom they keep suggesting become a lawyer the whole time, but its cool because now shes a investigative reporter for the newspaper.  Remember the journalist from Season 1?  The guy who died?  Well, she gets his job and office.  Daredevil and Elektra are out…looking at trains filled with dirt (but not all the cars!)  Smuggling dirt by hiding it in coded train cars is so absurd, Elektra states the only obvious conclusion (did they know we were coming????)

Nope. Turns out there really is a big ass hole hiding in the city, at least 40 stories down.  Why you ask? “Doesn’t matter” say the shows writers.  Stick (who is not the Yellow Pages guy) shows up and they make their escape…from the hole guarding ninjas.  Back at Matt’s apartment, we’re reminded why the ninja army is bad and there is a huge mystical war coming.  The Hand has the ability to raise its warriors from the dead, and they’re looking for the ultimate weapon called the Black Sky.  Matt says its all BS and tells the recovering Elektra its all BS and they can fight the war without killing and be together forever.  “You don’t know meee” she croons, but Matt shushs her.  “I dont care what you are in your past, I LOVE YOUUUUUUU!” 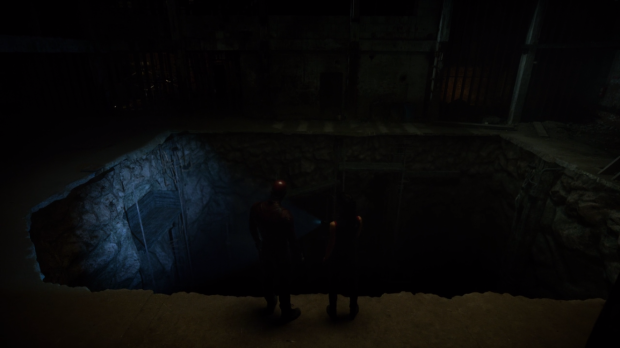 in this scene, they literally did not notice this hole.

The next day, a Ninja breaks into the apartment.  Matt fights him off and Elektra slices the ninja’s neck.  Covered in blood and in crazy face, she says “We can still be in love right???”  And thats the end of that relationship.

But they’re still BFFs, so Daredevil and Elektra decide to go fight the Ninjas.  They do and Nobu (one of the ninja leaders, its unclear of hierarchy really) tells the group that Elecktra is actually the Black Sky and they are here to serve her.  They all bow to her, as she stumbles around for a few minutes saying, “Well it makes sense, if you really think about it…” while Daredevil says “No, no it doesn’t, can we leave now?”  They decide to leave, but this wouldn’t be a super hero movie if there wasn’t a roof top finale.  So Daredevil and Electra fight a horde of Ninja warriors on the roof and finally Nobu, who pins Daredevil.  Elektra jumps in front of him, and Nobu kills the one thing he worships.  Royally pissed, Nobu storms off.  Daredevil gets up to chase him, Punisher shows up and snipes TWO ninjas, leaves.  Daredevil punches Nobu off the roof and saves the day.

Reflecting on the season, its hard to come up an explanation.  The writers want you to believe the Daredevil story is about the secret ninja wars.  But they never involve you in it.  The deepest story telling is done for the Punisher arc, where he as to investigate, infiltrate, and murder some pretty intense gangs and crime bosses.  But thats all  irrelevant according to guy from that Bjork video.  This season could have even been about the moral dichotomy of vigilante heroes, but every single other person in the show murders someone else.  Daredevil is the only person who wont, so that doesn’t really work.

Daredevil Season 2 suffers from a lack of cohesion that Season 1 reveled in.  It leaves you wanting more Punisher, sure, but they could have just made the whole season about him and developed his character.  The show’s saving grace will be its action sequences, which are even more amazing. There are plenty of ‘wow’ moments, both in action and dialogue.  I know I’m giving season 2 a hard time, but honestly I’m upset with the mistreatment of something that could have been so amazing.  Lets take a deep breath, lets calm down and let the Daredevil story simmer.  Lets not shoehorn everything in at once.  Let the story evolve organically or at least to an end goal.