Independence Day Resurgence is just around the corner, so I thought we’d take a moment and look back at some trivia concerning the first Independence Day.

Without further ado, here are 10 things you probably didn’t know about Independence Day!

1) Director Roland Emmerich is a modern day disaster master.  How so? His resume includes Stargate, Godzilla, The Patriot, The Day After Tomorrow, 2012, and White House Down.  Recently Emmerich stated he wanted to turn Independence Day into a trilogy…and here we are.  And Speaking of past films…

2) In the extended version of ID4, there is a deleted scene at the strip club.  Vivica Fox takes her son and dog to the club to pick up her paycheck before she heads to the base to meet Will Smith.  But she gets talked into working, and thats the scene you see in the regular version.  Her boss gets mad that she brought her whole “family” and she quits.  As she leaves she says “Nice working for you, Mario” which is a jab at Mario Kassar, who forced Emmerich to cut scenes from Stargate. 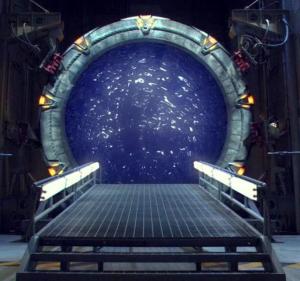 guess what else is getting a reboot

3)  Russel Casse’s RV has a bumper sticker on the inside that says “I Don’t Date Outside my Species”.  There are lots of fun text jokes in the movie, including street names in the phone directory Jeff Goldblum uses to find his ex wife.  Her particular address is on Heresheis Ave.

4)  All the desert scenes were filmed at the same location in Utah.  The diner where Russel gets made fun of for being abducted is actually a 2 walled pop up set.  During the ‘Shots around the world’ desert scenes, some of the people standing on the hills are actually mannequins.

5)  In the briefing room scene at Area 51, there is a night vision pan of the base.  These are actual shots of the real Area 51 taken by conspiracy theorists from nearby “Freedom Ridge”.  The ridge was acquired by the U.S. Military via eminent domain and is no longer accessible. Even closer however is Groom Mine, a family owned ranch whose claim to the area runs longer than the governments.  You can read a very interesting story about the worst neighbors ever here.

6) Mae Whitman, who plays Bill Pulman’s daugther, would grow up to be Anne Veal in Arrested Development.  Her?  (not pictured). 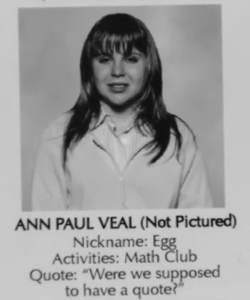 7) For a movie almost entirely about planes doing plane stuff, ID4 only has 1 real plane.  The crop dusting Bi-plane was the only actual flying machine.  All the rest were CGI or models on fishing line.  Air Force One? Fishing line and a green screen.  Same with the AWAC.  Emmerich was able to use Israeli Air force combat footage to get dogfight ideas, much like Star Wars used WWII dogfight footage.  And Emmerich was able to use a T-38 trainer to film the cayon chase scene, which helps add to the realism.

YOU’VE GOT TO GET YOU ONE OF THESE

8)  Remember the interference on all the TV broadcasts?  That actually was created live.  By pushing various cues, effects teams were able to get a more dramatic feel.  There were over 70 broadcasts themselves that were made for the movie.  Special detail was given to make sure they looked live – from sloppy cues to bad audio.  FOX even provided several real news anchors to complete the look.

9)  Brent Spiner, who played Dr. Okum, is also well known as his Star Trek character DATA.  His character is based on the digital effects supervisor from Stargate – Jeffery Okun.  And looking at them side by side, its hard to tell the difference.  Spiner went on to play Patrick Stewart’s best man at his real life wedding.  And for fun, I’ve got a quote: ‘When asked about his new Data action figure he said “At first, I was reluctant. But then I figured, if it’s good enough for Alec Guinness, then it’s good enough for me.”‘  Amen.

he cleans up nice though

10)  The character of President Whitmore was intended to be a Richard Nixon-like figure. The role was actually written for Kevin Spacey, co-writer Dean Devlin’s friend from high school. An executive at FOX refused to cast Spacey, insisting he didn’t have the potential to be a big star. The part was re-written and Bill Pullman was cast in the role. How did that turn out?   Kevin Spacey went on to play the President in the hit show House of Cards. Mary McDonnell, who plays the first lady, would later be cast as President in the reboot of Battlestar Galactica.  When asked who his favorite president was Gene Belcher (Eugene Murman) said “Bill Pullman”.

So there you have it.  Just a few interesting tidbits to get your mouth watering for Independence Day Resurgence.  Will it be any good? Maybe!  Will it be better than the first?  We’ll see!